Nowadays, most mice are optical mice or laser mice, but which one to choose? What are the real differences between these two types of technology? Is there a real gap between optical and laser? We explain everything in this article.

LED (or optical) and laser sensors are the most common mice you can find since the disappearance of ball mice, and these two technologies actually work on a similar basis.

The optical sensor works thanks to a LED that emits light on the surface on which the mouse rests and which transmits the movements to the sensor via the lenses. The movements are calculated and reproduced on the screen in a more or less precise and sensitive manner according to the number of Dpi (Dots per inch) assigned to the sensor.

The LED is replaced by a laser, invisible to the naked eye. It reduces the area to be analysed and therefore the latency between the movement and its retransmission to the screen. As a result, the cursor movement will be much more precise. The difference is not perceptible for the vast majority of people. And the laser sensor has another significant advantage: it works on almost all surfaces (even reflective ones such as a glass table, a painted desk or on a plasticized mouse pad) in contrast to the optical sensor.

IN WHICH CONTEXT DO YOU WISH TO USE IT ?

Generally less expensive, optical sensor mice are widely adapted for office work and internet browsing. Since the technology is older than the laser sensor, the optics remain more affordable.

For video game enthusiasts, the choice can be for one or the other, depending on the profile of the player. If you play with a high sensitivity, it is rather advisable to opt for a laser sensor, much more precise and responsive than an optical sensor, it will be suitable for gamers in search of fast movements. For those who play in low sensitivity you could opt for optical mice which are less sensitive and which, as a result, would not capture possible parasitic movements.

The differences between these technologies have all the same become nearly superficial, optical mice having reached a level of precision almost similar to the laser mice, but as always, it's about everyone's comfort. 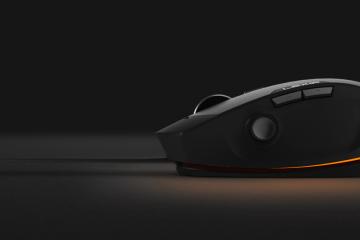 If you’ve ever been looking for gaming hardware, specifically mice then you know that many brands like to push their Dpi numbers down your throat. 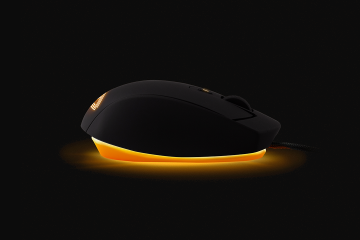 Whether you play World of Warcraft, The Elder Scrolls Online, Warframe, Wildstar, Star Citizen or any other MMORPG, the Lexip Pu94 gaming mouse will change the way you play.